Macon East Academy senior, Drew Baker, signed to play baseball with Chipola Community College in Marianna, Florida as a pitcher.  Chipola won the Junior College National Championship last year and had 5 players taken in the first 10 rounds of the MLB draft.  Chipola is thought to be the #1 junior college in the nation for baseball.  Going into his senior year, Drew was 5-2 on the mound. with 21 strikeouts and just 6 hits in his junior season.  Drew, Macon East’s starting catcher, will take a more prominent position on the mound this year for the Knights.  At the plate as a junior, Drew hit 396 with an on-base-percentage of 455, scoring 15 runs, 37 RBIs, 13 doubles, 46 hits and 2 home runs in the lead off position.  Drew was named AISA All-Metro Player of the Year.  At catcher, he posted a fielding percentage of 961 and helped lead the Macon East team to their first State Championship in 13 years.

In his sophomore season, Drew’s batting average was 402, with 14 runs, 23 RBIs, 43 hits, 2 home runs and an on-base-percentage of 453.  At catcher his field percentage was 981 with 21 runners caught stealing.  Drew is the last player at Macon East who was part of the 2015 State Runner-up team where he started as a freshman behind the plate.  Drew has been part of 93  wins as a Knight.  Joining Drew at the signing ceremony were his brother (Chris Ivey) and sister (Ashley Ivey), both of whom played baseball/softball for Macon East and signed to play at the collegiate level. 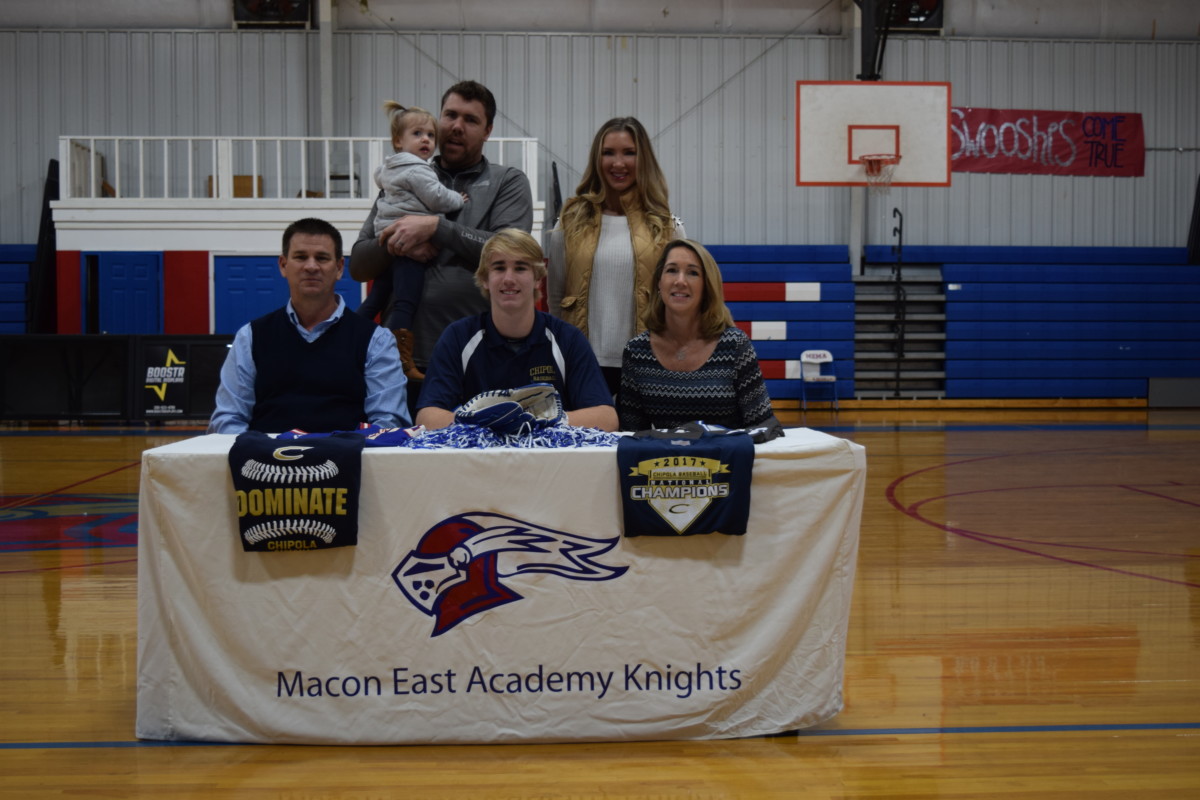