Following an amazing basketball season for both varsity basketball teams, Macon East was honored to have four athletes selected to play in the AISA All-Star games.  MEA all-star, Sommer Sears and the Lady Knights took their season to the final four losing to Pickens Academy in the semi-finals game.  The class AA state champion Knights had three representatives on the East all-star team: Artavious Billups, Slate Garmany, and Christian Lewis.  The East squad defeated the West with ease in both games with scores of 91-69 for the girls and 120-92 for the boys.  It was exciting to see these seniors in action one last time and cheering them on from the sidelines were Macon East’s AISA all-star cheerleaders: Rebecca Chapman, Rai Pritchett, and Alex Wyrosdick. 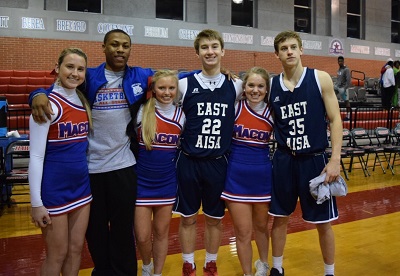 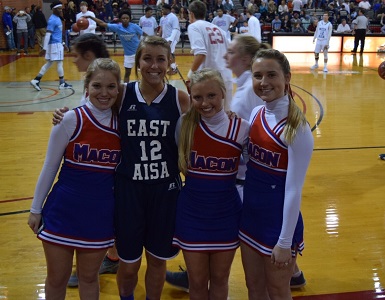