Four Macon East students were honored to participate in the 2016 AISA All-Star Football game held December 2 at Cramton Bowl.  Connor Davis played defense for the East team forcing a fumble early in the first half of the game.  Rebecca Chapman, Rai Pritchett, and Alex Wyrosdick cheered Connor and the rest of the East team on from the sidelines as part of the all-star cheerleading squad.  These seniors were selected as all-star cheerleaders during tryouts at UCA’s AISA cheerleading camp this summer at Huntingdon College.  The participants enjoyed a few days of practice with their fellow AISA teammates and were honored at a luncheon prior to the game.  The East team battled back in the 2nd half of the football game but fell to the West team 33-30. 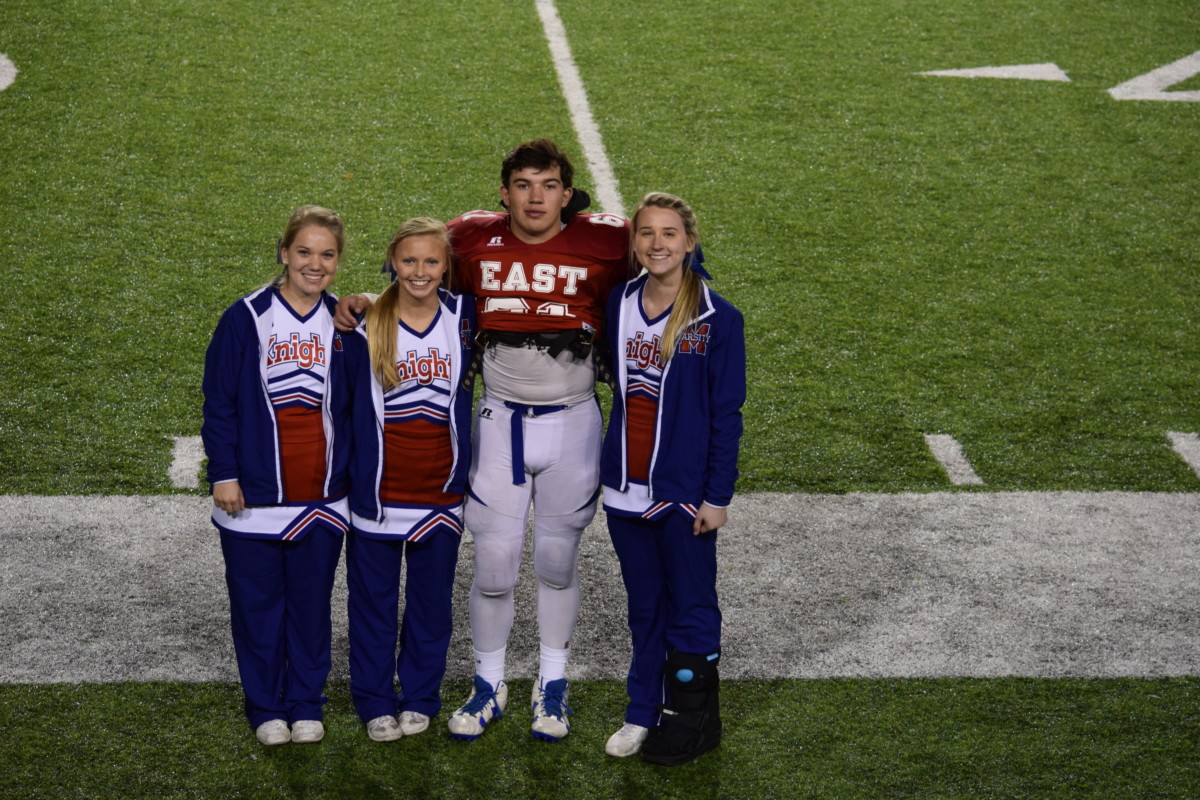