Macon East was excited to host the Auburn University’s Southeastern Raptor Center for an upper and lower school assembly.  The Southeastern Raptor Center is an educational and rehabilitation program and has treated and released thousands of birds of prey back into the wild.  They are most famously known for their majestic eagles who take flight over Jordan Hare stadium prior to each Auburn home game.  At the assembly students got to see and learn about a variety of birds currently at the center including several types of owls, a falcon, red-tailed hawk, buzzard, and of course  an eagle. 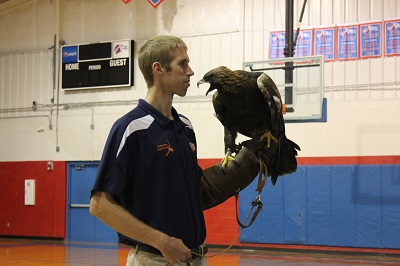