The 2018 Macon East Academy Varsity Baseball & Softball teams both ended the year as the AISA AA State Champions.  A ring ceremony was held for each team at the annual Night with the Knights kick-off event to the season.  For Coach Bob Picket and the baseball team, it was a back-to-back title win at Paterson Field.  The Knights capped their 39-8 season sweeping rival Autauga Academy in the state finals.  Coach Glynn Lott’s softball team reclaimed the AISA AA state title in dramatic fashion.  The Lady Knights were 4-1 in the state finals at Lagoon Park winning a tie breaker game over Pickens Academy.  Overall the team had an outstanding 57-12 season and graduated just 1 senior.  Macon East made the move back to 3A this year, but both teams have the talent and depth to vie for state again in 2019.  Macon East Academy athletes have won 16 state championships in the last 7 years (baseball 2, basketball 2, softball 6, volleyball 6). 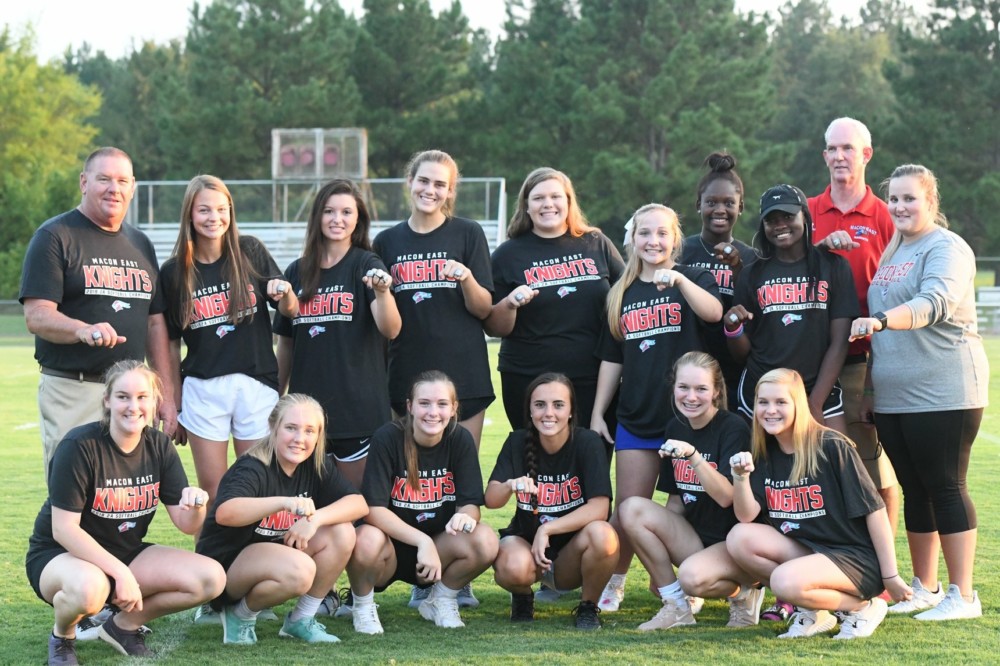