Artavious Billups was honored to be selected as the AISA Boys Basketball Player of the Year at a recent banquet.  He became the first Macon East player to win a major state basketball award, but he hopes he’s just started a trend.  Although Artavious was new to Macon East this year, the senior guard had a huge impact on the basketball program under the leadership of Coaches Larry Chapman and Lincoln Glass.  Receiving all tournament nods and MVP honors at every tournament this season, including the state finals, Artavious led the Knights in scoring and represented Macon East in the AISA All-Star game and was named AISA All-Metro player of the year.  The addition of Billups to the squad and his 18.5 points per game average definitely contributed to the Knights 33-0 perfect season.  Artavious plans to continue his basketball career at the collegiate level but has not yet announced his plans.  We congratulate Artavious on his selection as the AISA State Boys Basketball Player of the Year. 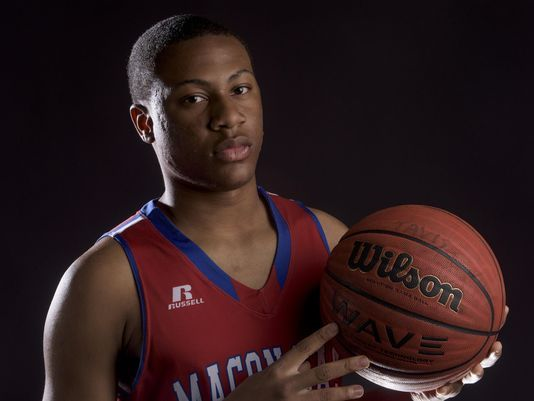