Home/News and Events/Dawn Johnson Signs with Huntingdon
Previous Next

Macon East Academy softball player, Dawn Johnson signed to join the Huntingdon Hawks for the 2020 season.  Dawn  has attended Macon East since Pre-K3 (14 years) and has played varsity softball since 8th grade.  As a catcher for the Lady Knights, she has been part of 3 State Championship teams and has a .973 catching percentage behind the plate.  In 2018, as a junior, Dawn was named to the AISA State all-tournament team, the all-metro team, and received the Knights Award for leadership in athletics.  Dawn was also named to the AISA State all-tournament team as a sophomore in 2017.  Dawn in the daughter of Johnny and Regina Johnson and granddaughter of Macon East 4th grade teacher, Marjory Johnson. 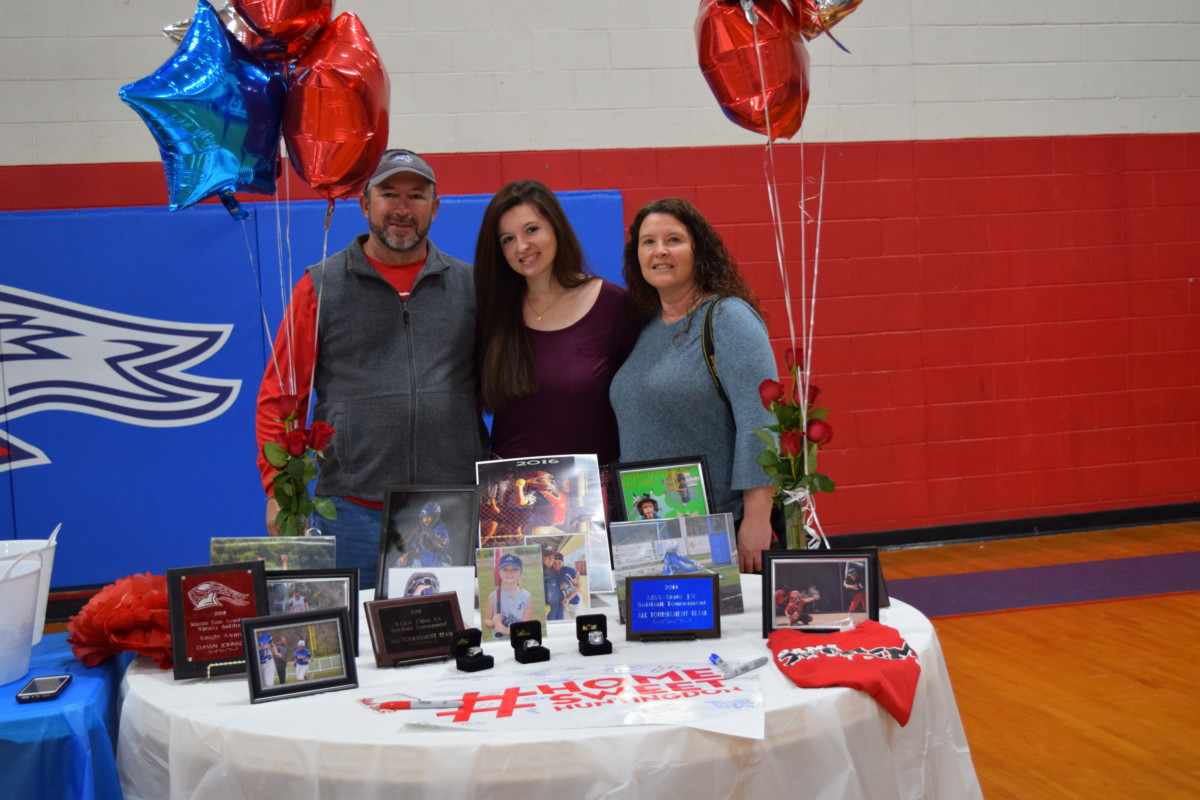