Jake Wyrosdick represented Macon East Academy at the 82nd annual American Legion Alabama’s Boys State.  The week long event was held at the University of Alabama May 25 – June 1.  Alabama Boys State is one of the highest honors granted to Alabama students. Students from across the state are chosen based on their demonstration of leadership, hard work, strong morals, and motivation in school and community activities. The American Legion believes there is no better way to assure the survival of our republic than to train our young people in the ideals and objectives of American government. By teaching youth to understand and appreciate the basic principles involved in the successful management of a democratic society, we can keep America strong and ensure freedom for future generations. These are the distinguished, long-standing objectives of American Legion Boys States.  During the week at Boy’s State, Jake served as recreation director for his city, was selected to the city council, and served on the rules committee for the Nationalist party.  The delegates enjoyed hearing from outstanding Alabama civic leaders, working alongside the veteran members of the American Legion, and a visit from Coach Nick Saban. 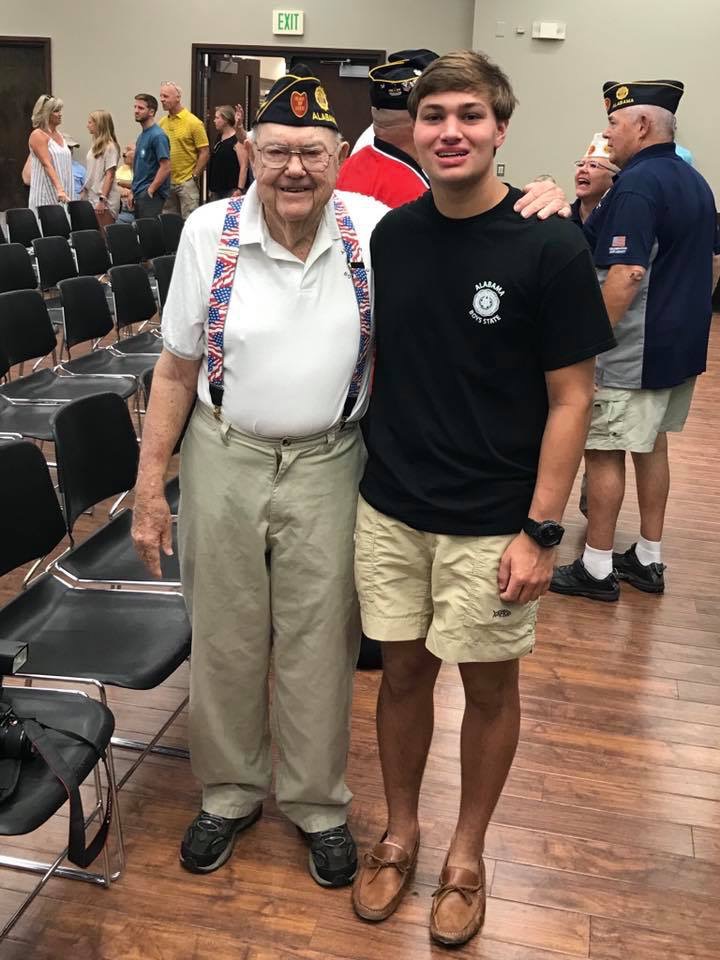