Macon-East Academy’s Sami Nesbitt was selected as the AISA All-Metro Volleyball player of the year.  Sami is a 5-foot-8 senior outside hitter and the Lady Knights only returning starter this season.  Coming off their 5th consecutive state title, the team was facing an uphill battle with a new coach and the loss of their starting line up.  Sami stepped forward as the senior leader of the team and finished the year with 130 kills. Sami led the Knights to a state runner-up finish in the AISA Class AA state championship match at Faulkner University and represented the team in the AISA All-Star game. 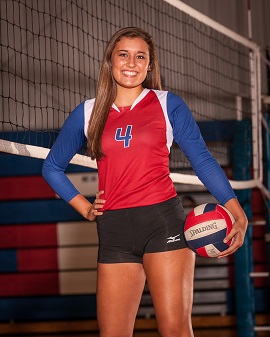