The Lady Knights softball team finished the 2019 season with a record of  51-18 and were 3A Region Champs. As has become tradition, they headed into the state tournament at Lagoon Park as the team to beat, holding 6 state champion titles in the last 8 years.  A loss early in the final day of play to Glenwood, put the team in the losers bracket.  They battled back into the final game of the division AAA tournament, but fell again to Glenwood (4-3) to take home their second State Runner-Up trophy in those 8 years. Devyn Debardelaben, Kadence Ward, and Caroline Capps earned a spot on the All-Tournament Team.

Madisyn Kennedy, Dawn Johnson, Kayle Bell, and TJ James will represent Macon East in the senior AISA All Star game on June 4 at Lagoon Park, and Emi Lott and Caroline Capps will play on the junior team. 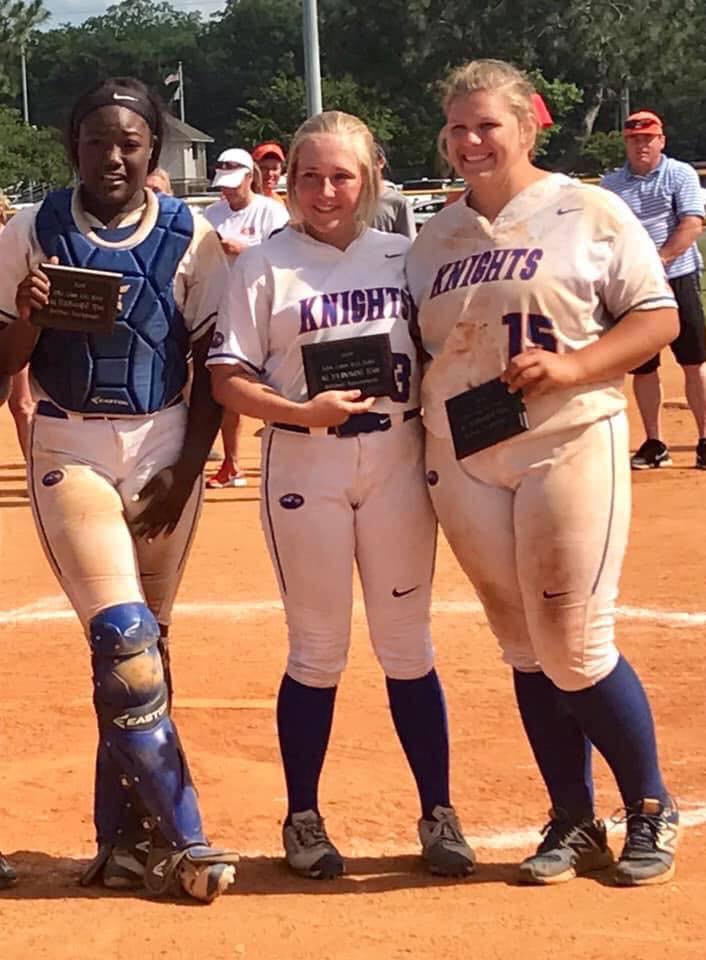