Macon East baseball player, Jackson Ceman signed to play with the AUM Warhawks. Jackson is a 2-year starter for the Knights program under Coach Bob Pickett. He hit over .330 with 30 stolen bases and 58 RBI’s in the 2019 season. His fielding percentage was over .930 at 2nd base, and on the mound he was 4-1 with 1 save. Jackson was a part of 66 combined wins his junior and senior season and was an integral part of the 2018 AISA AA State Championship team.  Jackson is the son of Deidre and Chad Ceman.  He is not only a stand-out on the athletic field; he will be attending AUM on an academic scholarship.  Jackson is one of 8 members of the Class of 2019 continuing their athletic endeavors at the collegiate level. 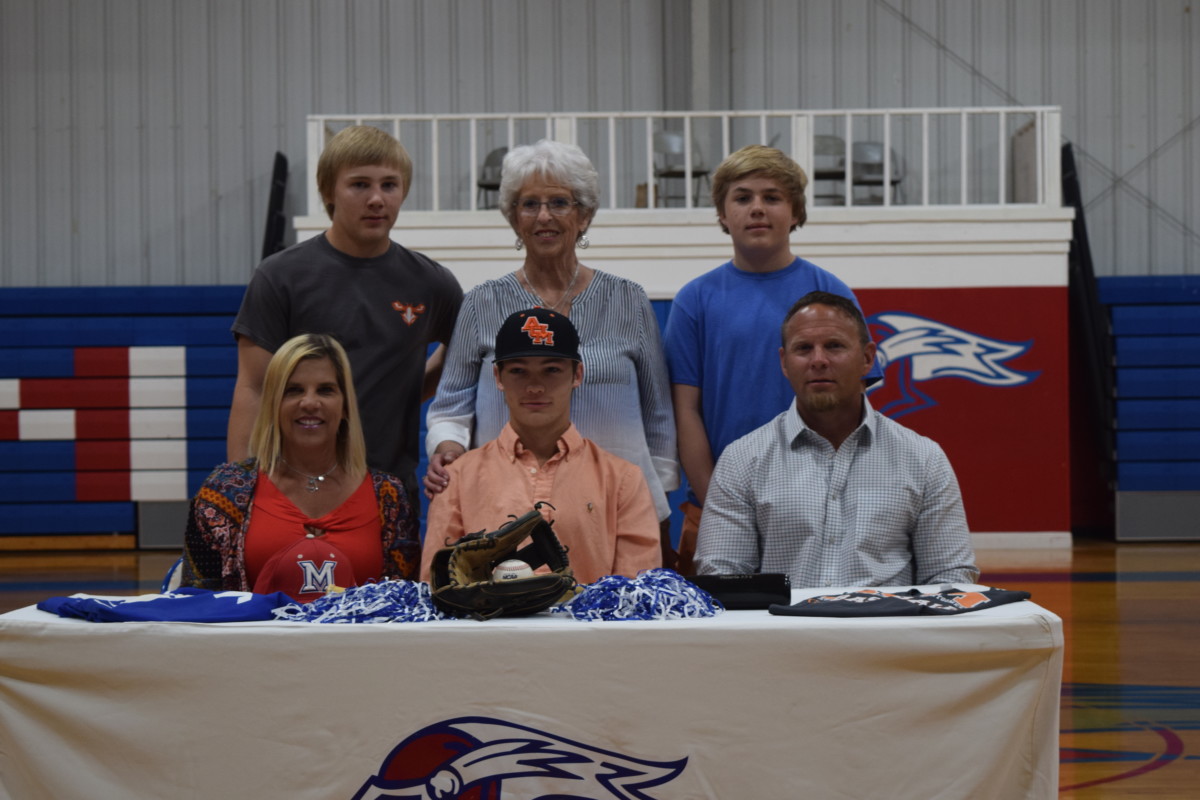