Back to Back State Champions

Back to Back State Champions

The varsity boys basketball team may have lost some key players from last year and 2 games early in the season, but they worked through it and came out on top again as the 2018 AISA AA State Champions bringing the coveted trophy back to Macon East.  Senior point guard Kyle Edwards, senior center Logan Goree, and sophomore guard Mike Murry led the team all season with a flair that has become synonymous with Chapman’s basketball program.  In the final game of the season, the Knights easily defeated Escambia 67-40 in a 31 game winning streak.  Macon East has won 66 of 68 basketball games in last year’s undefeated run and this year’s 33-2 season.  With 27 points in the championship game, Goree was named to the all-tournament team and the AISA all-star team.  Edwards, known by the coaches as the “Little Magician,” took home MVP honors and a spot on the all-star team with 12 points and his ability to control the Knights offense and flow of the game.  Murry rounded out the all-tournament team with 13 points.  The Knights will lose 3 seniors in 2018 including Tyler Watson, Logan Goree, and Kyle Edwards.  With a line up of juniors and a sophomore bench who got substantial time on the court this season, the Knights varsity squad promises to be a contender for the title in 2019. 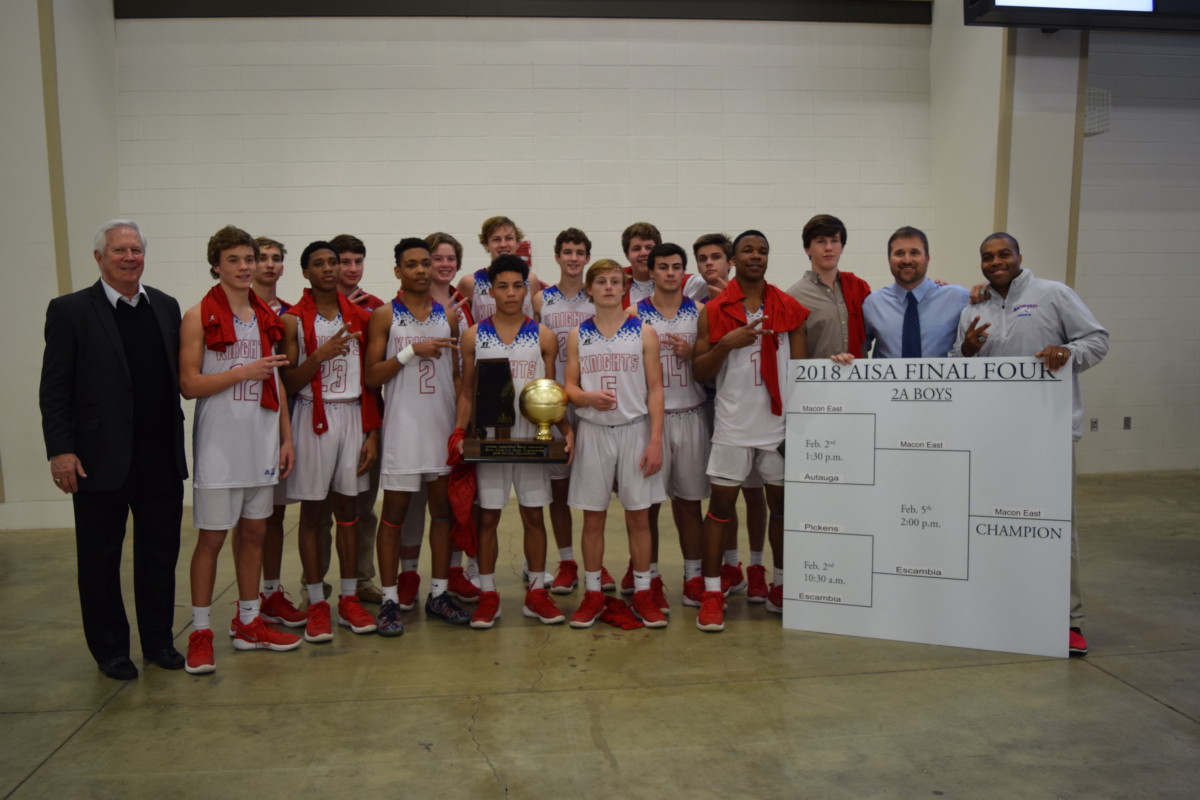