Macon East quarterback, Tucker Neven was honored as the Private School Player of the Week at the November 7 meeting of the Montgomery Quarterback Club.  Tucker returned to Macon East as a junior this year and led the team as QB into the 2nd round of the AISA AA playoffs. Tucker had 1,643 passing yards for the season with 22 touchdown passes, as well as 165 rushing yards for 3 touchdowns.  Completing 110 of 184 passes, Tucker was definitely a leading quarterback in the Montgomery area among public and private schools, and he was honored to be recognized by this organization.  Founded in 1940, the 182 member Montgomery Quarterback Club has a long standing tradition of honoring area football players. We congratulate Tucker on his selection as a player of the week. 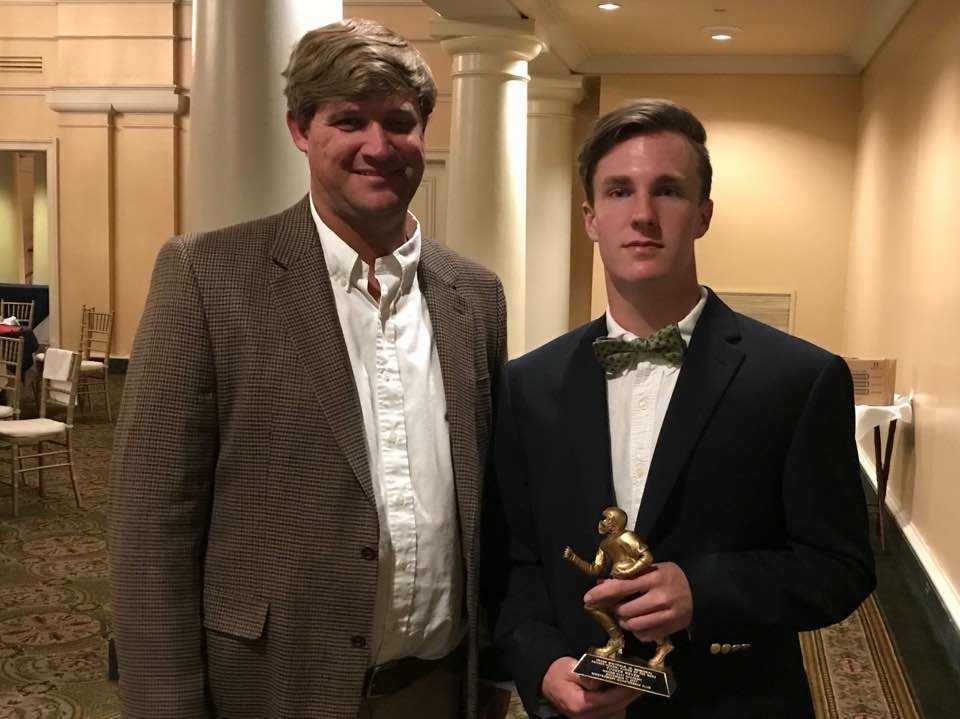