The Lady Knights made a triumphal return to the AISA AA state tournament this year after a fall in last year’s championship game ending their 5 year streak on top.  Under the leadership of head coach Codi Moon, the team’s motto “Grit” kept them fighting all season to get the trophy back. With a 32-3 season record, the teams’ losses came early in the year and inspired them to press on.  With trophies from the Glenwood and Edgewood tournaments and an impressive season record, they went on to be crowned Area champs, Region champs and finally the AA State Champions.  With four new starters on the court and Coach Moon as a first year head coach of the squad, the girls proved the Knights’ pre-season predictions wrong and earned their spot back at the state tournament.  In Final Four play at Faulkner University, Macon East faced off with Lee-Scott Academy winning the match in 3 close sets.  This set the stage for a state championship dual with the Glenwood Gators.  Once again, the Lady Knights got it done in just three sets (25-16, 25-12, 25-9), taking back the AA title that had been taken from them in 2016 by Coosa Valley.  AA State MVP, Madisyn Kennedy has led the team all year with 389 kills, 12 blocks, and 88 aces on the year.  She reached a milestone of 500 career kills this season as a junior.  Newcomer Ariel Brown had 289 kills, 37 blocks, and 60 aces in her first season at MEA and was also named to the AA state all-tournament team.  Sophomore Emily Brooks has 502 assists this season alone, along with 267 kills and 163 aces.  Emily was the youngest player named to the state all-tournament team.  Anne Turner Cobb, also new to the team this year, had an impressive season with 422 assists, 173 kills, 77 aces, and 3 blocks.  The Lady Knights will lose just two seniors, Madison McKee and Bailey Dees, next season and have an impressive group on the bench ready to continue the Knights run at the state tournament. 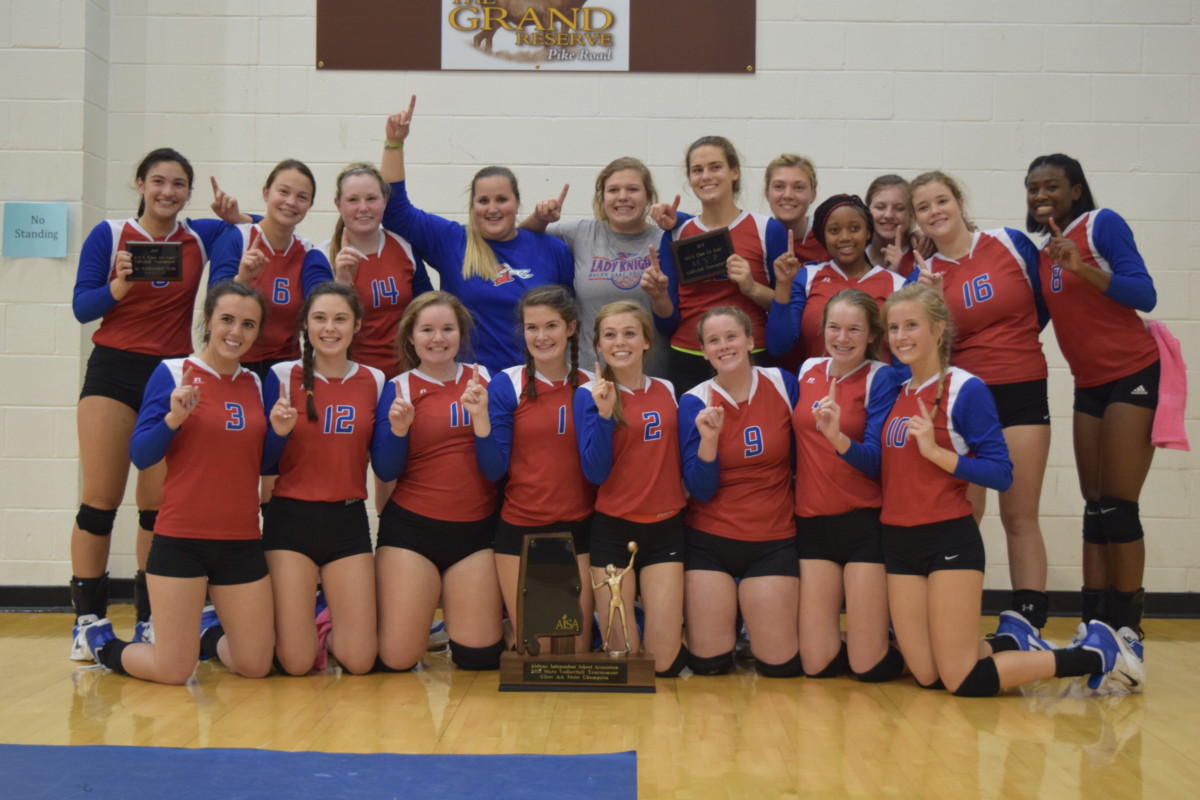