Senior athletes Cephus Cleveland, Derrick Hooks, Will Heary, Coleby Jordan, Dawon Strickland, and Parker Whittle were selected to represent the Macon East Academy football team in the annual AISA All-Star football game at Cramton Bowl on Friday, December 6. As part of the West team, Cleveland and Hooks were voted among their peers as captains for the game. The East defeated the West 31-13, and Cephus Cleveland received the West’s Most Outstanding Offensive Back award. MEA varsity cheerleaders, Kayla Boroff and Taylor Anne Surles were on the sidelines as part of the AISA West All-Star cheer squad. The girls competed and received this honor during their summer camp at Troy University. The all-star week events included team practices, the all-star participants and parents luncheon, and many memories made with teammates from rival schools. It was an exciting night for these seniors to participate in their final high school football experience among the best athletes in the Alabama Independent School Association. 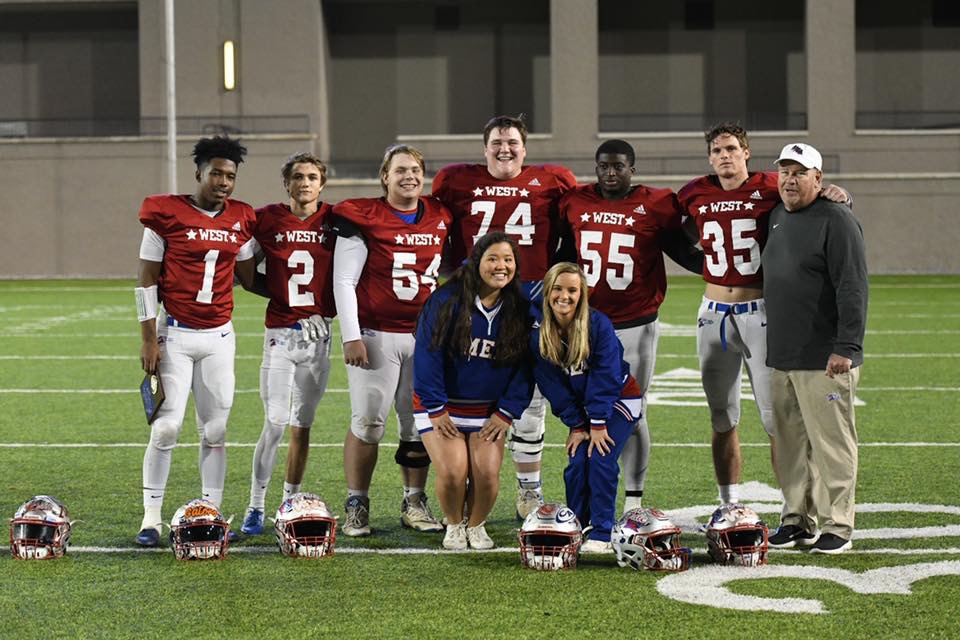