Two Macon East Academy senior athletes signed to continue their athletic careers next year at the collegiate level. Emily Brooks will play volleyball at Texas Wesleyan University in Fort Worth.  Brooks’ career prep stats include 2,096 assists, along with 793 kills and 421 aces. She was named to the NAAPS All-American team, the Under Armor All-American team, and the AISA All-Metro team. Emily led her Knights to the AISA AA semi-finals where they fell to Glenwood School and relinquished the AA state title to the Edgewood Wildcats.

Caroline Capps signed her letter of intent to play softball at Wallace Dothan. Caroline transferred to Macon East from ACA, where she has led the Lady Knights as a powerful pitcher for the past three seasons. Putting in extra work in the off season with her travel team, Caroline’s hard work ethic and determination caught the eye of the Wallace coaches. At pitcher for Macon East, Caroline has a 1.22 ERA and a .376 batting average. We congratulate both of these outstanding young women on their accomplishments. 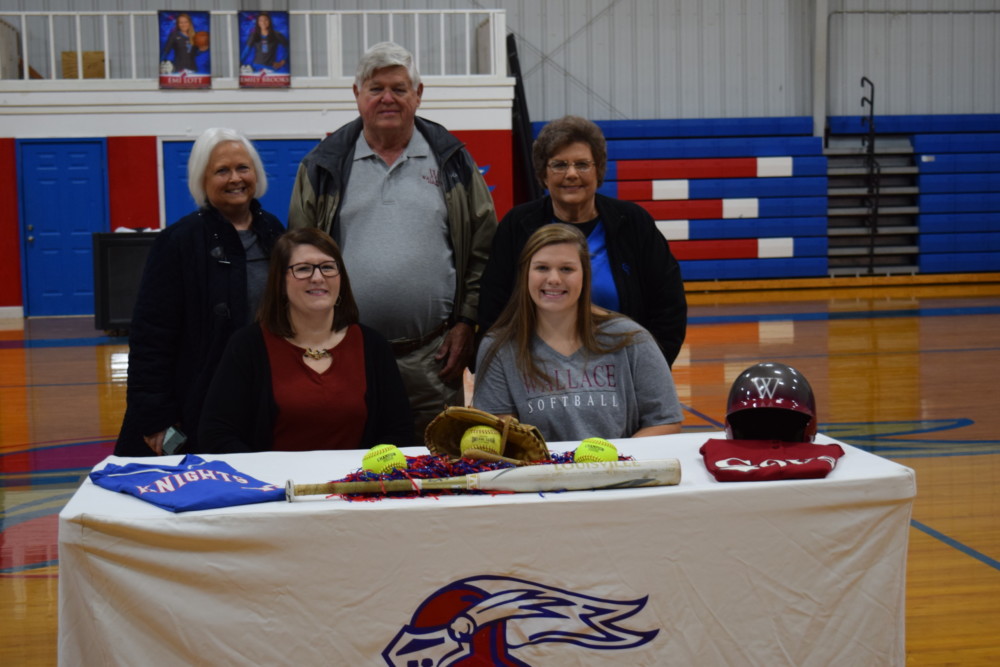